A Cinnamon Roll and Some Thoughts….HMMM

This post was based on what happened Friday thru Sunday.

Basically, the weekend pretty much sucked. In a nut shell.

So the cinnamon roll seen below…

Is from my Laminated Dough class. Basically it’s 90% female, and when have some “Queen B” personalities….get the hell out the way.

Anyways, in my group, one of my members has been flaky (no pun intended) with her attendance.

However I went to speak w/my group member. Turns out she has an illness called “Lupus”.

Basically, it weakens your body to where you get extremely fatigued real quick.

And our teacher knew the whole time, good thing I asked her instead of what the other table “suggested”.

NO, not a “I turned Water into Wine” moment.  But rather a “Compassion and Understanding” moment rather than Judging.

I see why people like him, he was ’bout that life.

Being compassionate that is.

I think that shocked her more than anything cuz she didnt want to be bullied or viewed as being lazy….

Amazing how if we just take a minute and ASK how that one person is doing makes a whole world of difference rather than just judging and forming your own opinion of said person.

After that moment, I realized sometimes your gut trumps what other people say. ONLY in certain scenarios though…

Then on Sunday, a friend of mine’s father suddenly passed away.

It’s never easy dealing w/death. Esp. when its a parent. She such a sweetheart and to hear that made my heart drop.

I guess if I learned anything last weekend it was that certain things we make a HUGE fuss about, don’t really matter in the end.

Yeah we could be frustrated having to make SO MANY CROISSANTS…but when you think about it. They’ll still be there,  people wont.

So pick and choose what you wanna “fight over” is what I would suggest. 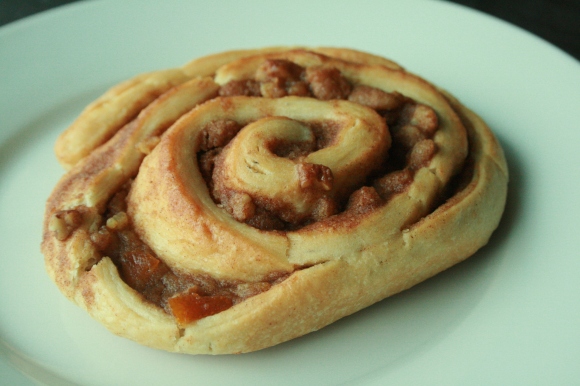 My bad for the somewhat sad yet thought provoking post.

For those curious “Operation: Wedding Cake” is going according to plan.

Day 1: Bake The Cake and Day 2: Dye the Frosting and Make Lemon Curd are in the Books…

Fun Fact: Its Rodeo Season and I REALLY want something deep fried.

That is all… til next time. Dont worry, I’ll tell y’all all about the cake, even post a pic or two.

One thought on “A Cinnamon Roll and Some Thoughts….HMMM”