So we doing this once a month huh…weird. MACARON TIME!!!

Soo I tend to have a bad habit where I don’t blog every week…Sorry.

I tend to get pretty busy/I forget..yeah yeah you’ve heard this enough.

So what’s been going on world?

Me? Just working + Skool. Apparently I’ve been there WAAAAY too long.

Or so my chef instructor told me last week….

Btw, I’m currently in a Chocolates and Confectioners class and the song “Chocolate” by The 1975

was stuck in my head….#isthatweird?

5 hours of Tempering Chocolate..it’s a tricky one…but I will explain that later.

I went with the Gold color for a “Senior” Prom. “Senior”= Senior Citizens.

I didn’t go to the “Prom” but I dropped them off for a friend that was hosting it.

Hopefully they were able to eat them….not sure if they needed dentures for Macarons.

I’m a horrible person, I know.

Anywhos. People have tried and some have failed in making theses desserts.

Where I work we do these twicee a month. I’ve gotten to the point I can make them in my sleep.

Now will I give the recipe to make this 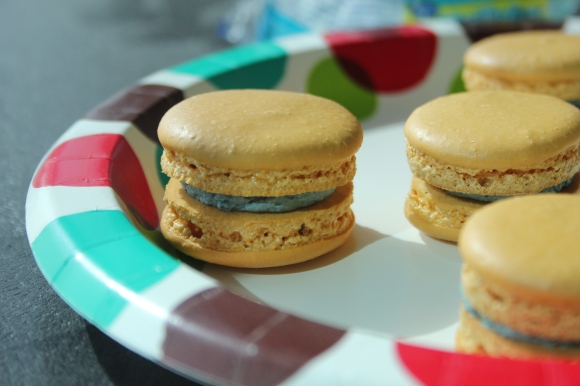 I can give some advice on how to make them (somewhat) look like the ones in the stores.

That’s basically what I’ve done and it’s seems to work for me…so far.

Now have some come out not so pretty. Yeah, but that don’t mean they taste any different.

That’s what I’ve got…

I’ll be back relatively soon.

I promise. In the mean time, feel free to comment/like this post. I do read this fyi…

Till next time. Be prepared. VDay is coming….le sigh.

10 thoughts on “So we doing this once a month huh…weird. MACARON TIME!!!”